Carnivorous plants, also known as insectivorous plants are plants that capture and digest insects, bugs or other small animals by using ingenious traps and pitfalls. There are a very diverse group of these insect eating plants of at least 600 known species in this fascinating, bizarre and exotic organisms in the wonderful plant kingdom. Due to their ability to trap and get their nutrients from insects or animals, they are often found in soils that are lacking in nitrogen, such as rock outcrops and bogs. 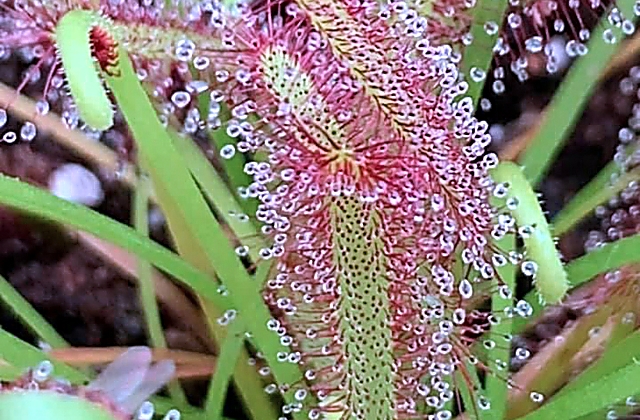 There exist a variety of mechanisms that trap and capture prey. Some are active traps that move and some are passive. Among those commonly found carnivorous plants that digest insects are the pitcher plants that have a lidded leaf that are filled with liquid or enzyme. These are bug eating plants that are passively collecting preys and digesting them. Venus Flytrap uses rapid leaf closure like a snap traps to actively capture insects. 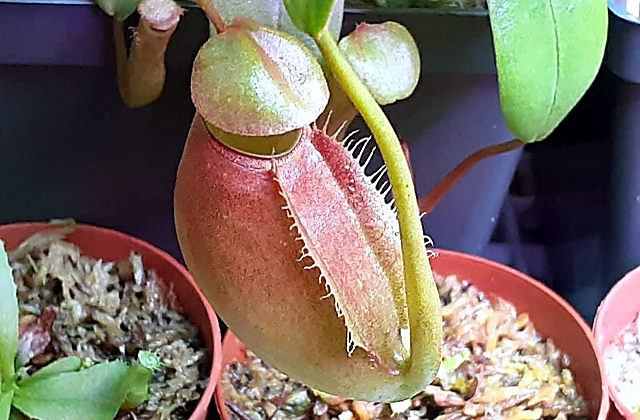 There are currently 5 known types of trapping used by the carnivorous plants:

These carnivorous plants will then use their bacteria or enzymes to digest their prey via a chemical breakdown process to extract nitrogen from the protein. Due to the lack of nutrient in their hostile natural growing environment, these plants need to supplement their diet with salts and nitrogenous compounds from the end products of the captured prey to survive. Most of these plants that eat insects uses photosynthesis from water, sunlight and carbon dioxide to create food just like any other plants. 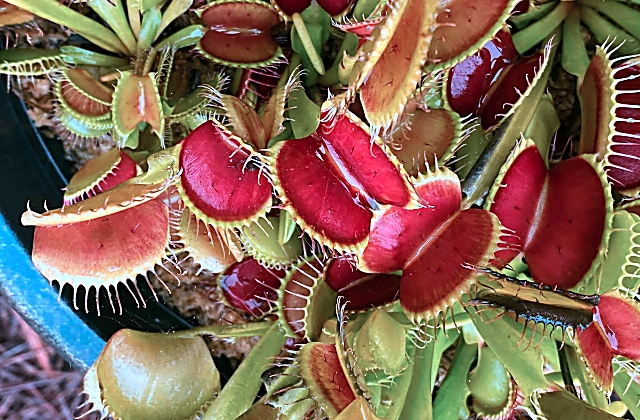 To qualify as a real insect eating plant, it has to have the ability to capture and then digest its prey. Some of the commonly popular carnivorous plants are such like Sundew (Drosera), Pitcher Plant (Sarracenia) and Venus Flytrap (Dionaea).

Contrary to the Hollywood movies, there are no meat eating plants that will hunt for humans. Those are purely fictitious.

This website uses cookies to improve your experience. We'll assume you're ok with this, but you can opt-out if you wish. SETTINGS ACCEPT

This website uses cookies to improve your experience while you navigate through the website. Out of these cookies, the cookies that are categorized as necessary are stored on your browser as they are essential for the working of basic functionalities of the website. We also use third-party cookies that help us analyze and understand how you use this website. These cookies will be stored in your browser only with your consent. You also have the option to opt-out of these cookies. But opting out of some of these cookies may have an effect on your browsing experience.
Necessary Always Enabled
Necessary cookies are absolutely essential for the website to function properly. This category only includes cookies that ensures basic functionalities and security features of the website. These cookies do not store any personal information.
Non-necessary
Any cookies that may not be particularly necessary for the website to function and is used specifically to collect user personal data via analytics, ads, other embedded contents are termed as non-necessary cookies. It is mandatory to procure user consent prior to running these cookies on your website.
SAVE & ACCEPT